In 2020, King County opened a 270-bed homeless shelter at 1033 Sixth Ave. S. in SoDo, operated by the Salvation Army. Now - as reported in the DJC and the Seattle Times - the county is planning to add 150 more beds and provide additional support services at the 6.8-acre site.  The shelter expansion will add micro modular units (a/k/a "tiny houses"). There will also be a sobering center and space reserved for people living in RVs. 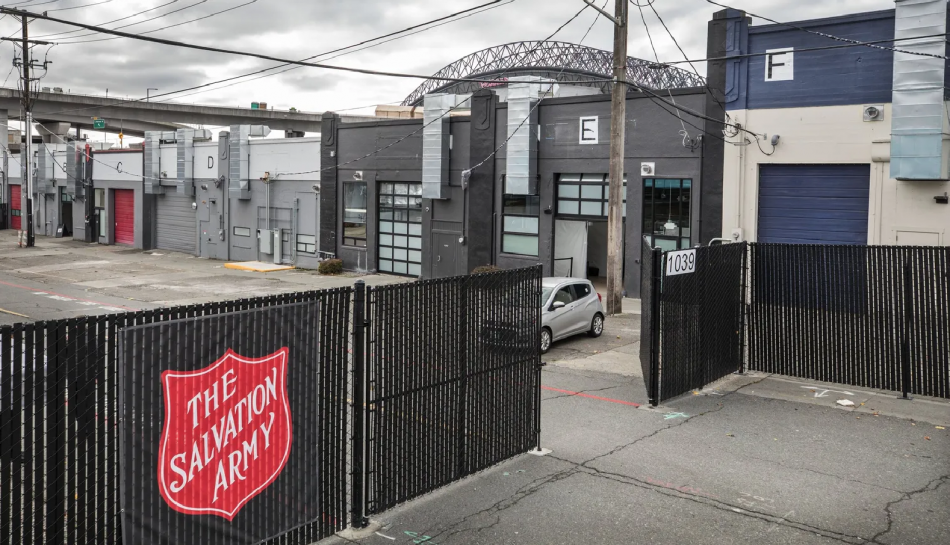 The expanded shelter will be located on land leased to the county by developer Urban Visions, for five years.  In 2019, Urban Visions secured land use permits to build a mixed-use lab and office campus, called "S", on the site.  The S was planned to have 1,250,000 square feet of office space, 38,000 square feet of retail space, and 682 parking spaces. 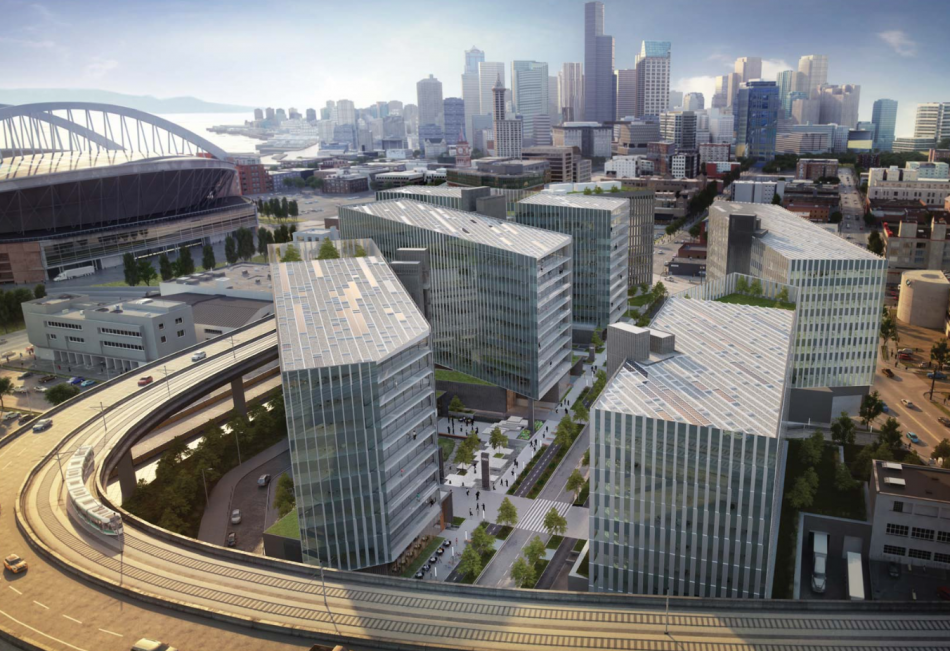 The lease for the existing shelter - originally set to expire in November 2022 - has also been renewed for five years. The expansion and operation of both the new and existing shelters will cost approximately $66.5 million. Funding comes from  sources including federal American Rescue Plan dollars, county investments, and $5 million from the City of Seattle. 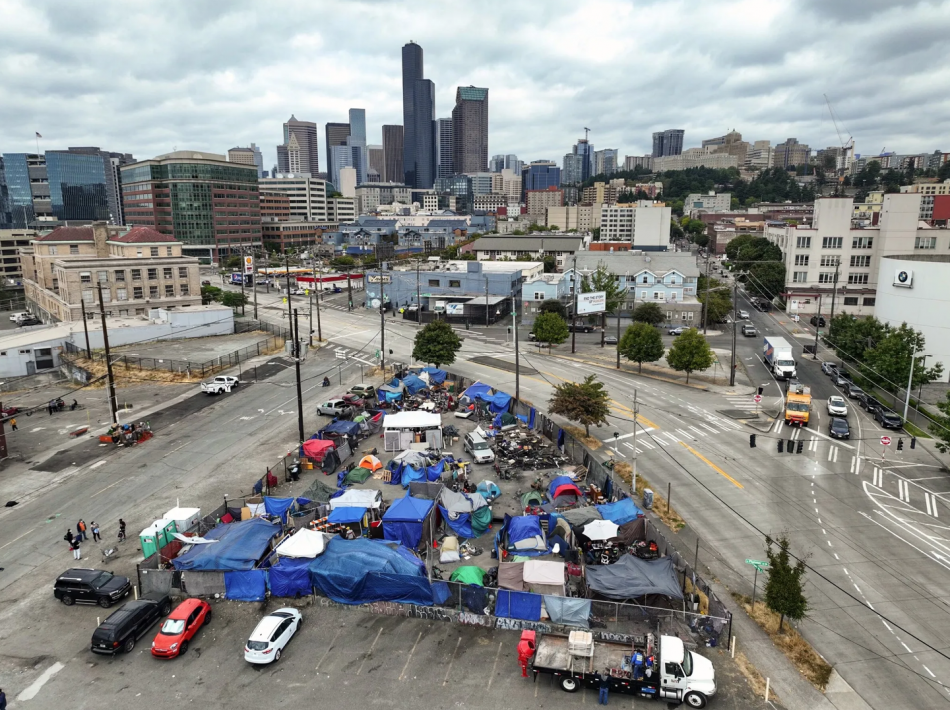 On Sept. 8, over 100 people rallied in the Chinatown International District to oppose the project. A similar protest marched to City Hall on Sept. 20.  King County will provide an on-site community planning update and feedback session on Sept. 28. 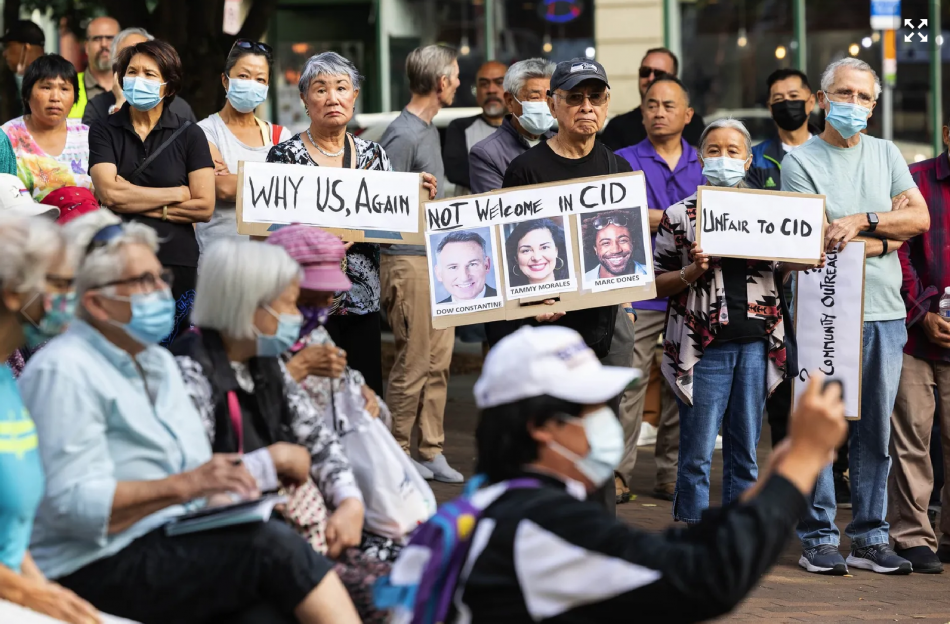 The county says it reached out to 13 community organizations — half of which are based in the Chinatown International District — before the council voted in May to approve the lease for the services hub.  Residents have been invited to sit on a formal work group to plan the project.  Organizers have asked for a six-month moratorium on the project for the county to do “proper outreach and engagement” with the community.  Concerns include recent increases in crime, as well as potential over-concentration of homeless shelters in the neighborhood. 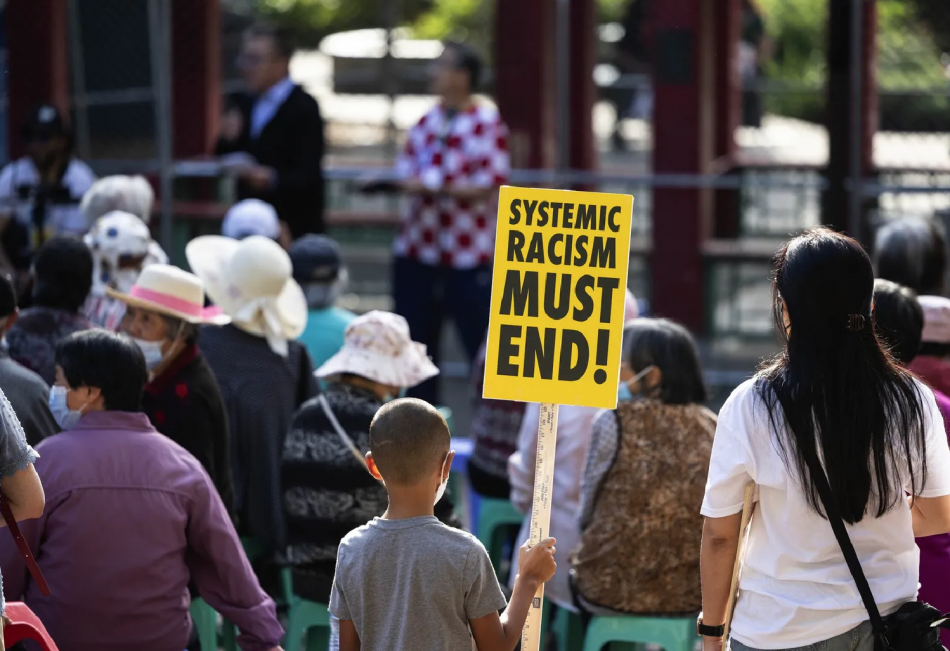 Across the street from the current Salvation Army site is the William Booth Center, a 152-bed homeless shelter. There is also another 75-bed shelter and more than 100 units of permanent housing for formerly homeless people in the neighborhood.