Just east of Tacoma, Los Angeles-based Industrial Realty Group has made another large acquisition.  In 2016, IRG purchased the 425-acre former Weyerhaeuser campus in Federal Way after the timber company moved to Pioneer Square.   Last week, IRG closed on the sale of a 129-acre property in Auburn. The seller was the United States General Services Administration.  The property, marketed as "Pacific Point," transacted for $80 million.

Originally purchased in 1944 by the United States Army, it was improved with over 20 dry storage warehouses for use during World War II.  The Property currently has over one million square feet of space, including two office buildings, seven warehouses, a daycare center, an operations and maintenance building, and several other small support buildings.

The property is currently occupied by two federal agencies and a child care services provider; they may continue to occupy a portion of the property rent-free through April 2024.  IRG will take ownership of the land in phases.  It is not clear right now what is planned for the property.

The Registry also reports that the former Weyerhaeuser headquarters building, which IRG has been marketing as "Woodbridge Corporate Park," has recently caught the interest of Washington State, which will start evaluating options for purchasing or leasing the property to repurpose it into a public innovation and education resource center:

"The Legislature unanimously approved funding in the 2022-23 Supplemental Capital Budget to identify options to transform the iconic 340,000 SF office building into a dedicated space for learning, workforce training, and economic development to support businesses, residents, and community organizations of South King County and Northeast Pierce County. The goal is to integrate and streamline services to expand innovation and education opportunities across the south Puget Sound region." 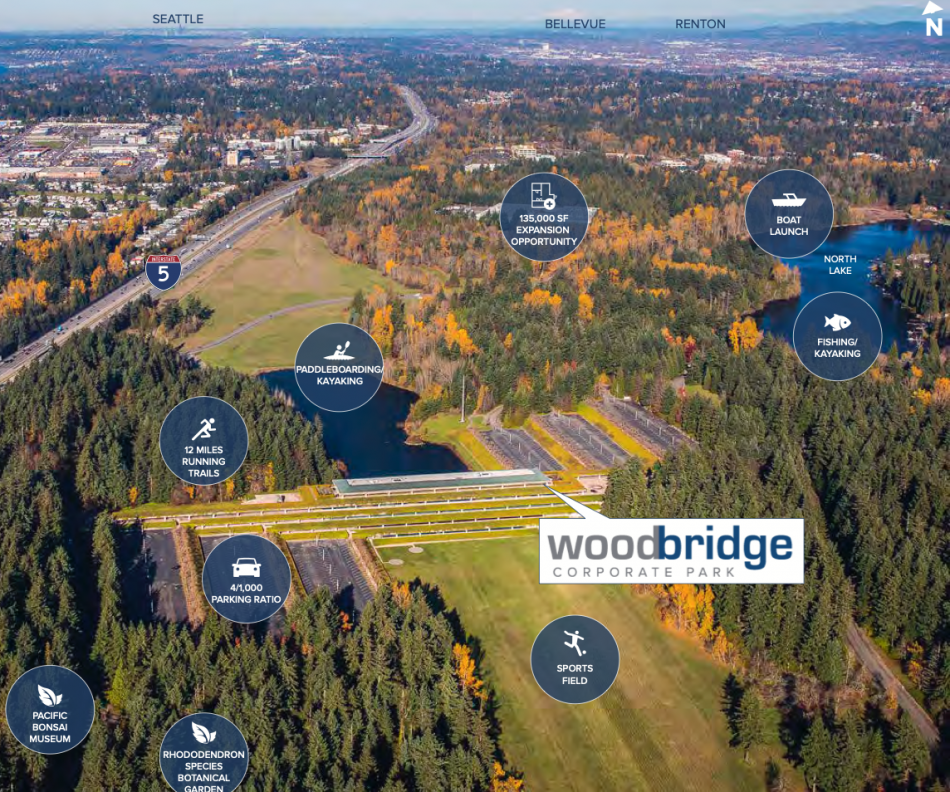 The former headquarters building was completed in 1971, and had been occupied by more than 1,000 employees during the timber company's ownership.  The building was designed by Skidmore, Owings and Merrill, and is considered historically and architecturally significant. 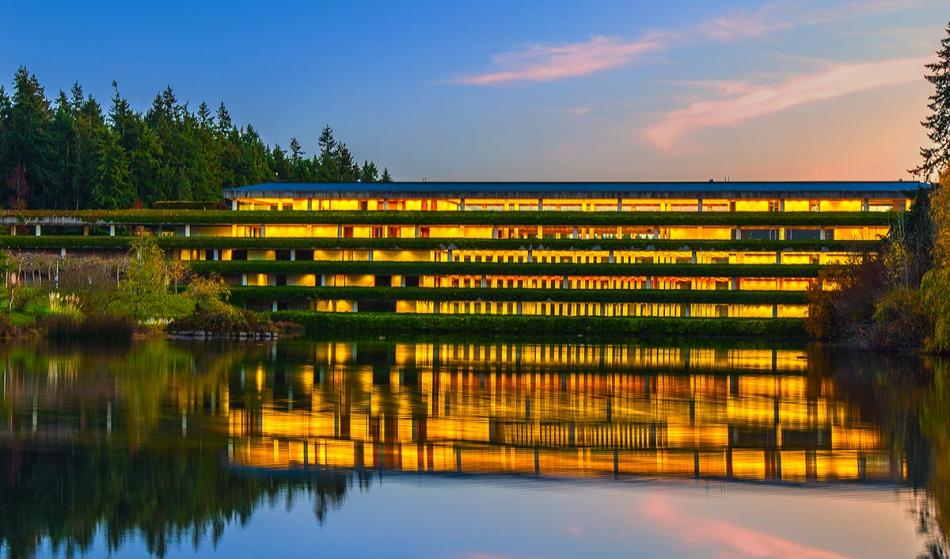