Dallas-based developer Trammell Crow will present the design for an 11-story office building this week for downtown design review board recommendation.  The structure is planned for a currently vacant 29,969 square-foot lot at the corner of Stewart Street and Boren Avenue, which used to have a Dollar Rental Car kiosk, a parking lot, and and a three-story, 1929 office building. 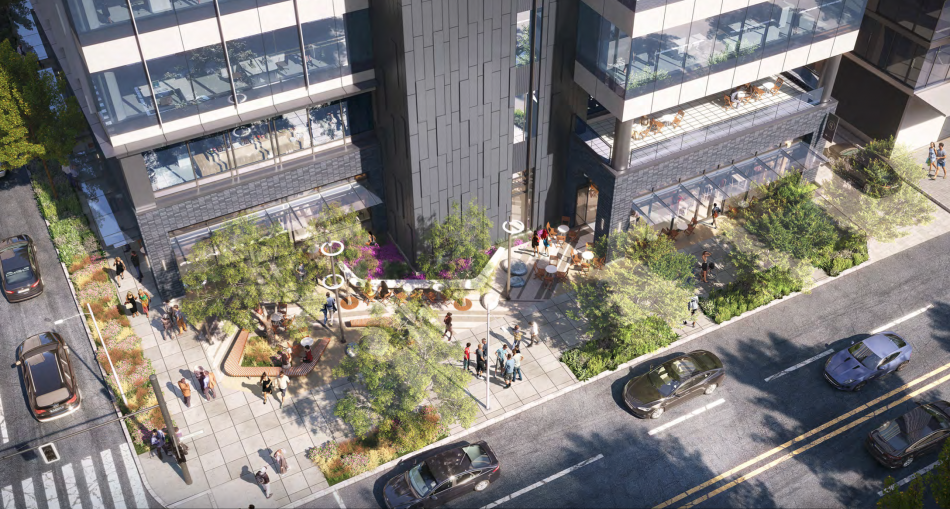 The new building will have 235,000 square feet of office space, 7,000 square feet of retail on the street front, and 226 parking stalls in three underground levels.  There will be a bicycle storage room, and the current design aims for a stationary cycling studio on the ground level.  The developer will pursue LEED certification.

The design features a public plaza at the corner of Boren and Stewart, and a roof deck with landscaping.  On the Boren side of the building, the facade features an articulated notch with balconies, which is separated from the adjacent building at 1930 Boren.  At the base of the building, a second-level open deck sits on top of the retail spaces. 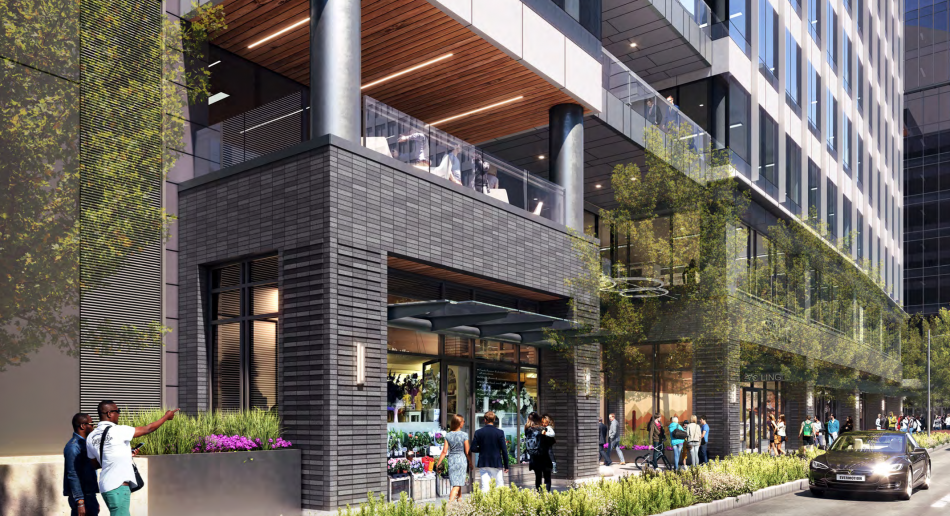 According to King County records, an LLC associated with Trammell Crow purchased the site for $49,000,000 in July 2021.  Collins Woerman is the architect, Weissman Design Group is the landscape designer.